It has been over a year since the whiplash reforms came into effect, but we are still assessing the full impact these will have on the motor industry.

The whiplash reforms were introduced by the Government to change the way low value personal injury claims relating to road traffic accidents are managed within England and Wales and came into effect on 31 May 2021.

The main aims of the reforms were dual pronged:

So, have the reforms worked?

While it is still too early to assess the full impact of the reforms, we are starting to see trends emerge.

At the end of May in their ‘OIC Portal turns 1’ news release the OIC reported that the portal has helped to reduce the overall number of personal injury claims based on the picture painted by the statistics and key stakeholders. This appears to be supported by the publication of ‘Whiplash Reforms: One Year On’ by the Ministry of Justice, which reported a reduction of around 30,000 claims between pre and post reforms claim levels.

QBE has seen a 6% reduction in whiplash-related claims being presented over the past 12 months but it should be recognised that during this period, as well as the 12 months prior to this, the effects of Covid and resulting restrictions has made it very challenging to review like for like data, year on year.

In relation to the aim of reducing escalating costs, only around 8% of all claims during that period have reached settlement and closed based on the latest OIC data produced. So, again, it’s difficult to draw any meaningful conclusions from the data currently available. The Ministry of Justice have reported however that the average Tariff settlement is around £670 and the average Injury Non-Tariff settlement is around £500 - both are similar regardless of whether the injured party is represented or not.

What has the reforms meant for QBE and the insurance market?

Below are some of the points that have been evident since the reforms came into place:

So, what does this mean overall?

As noted previously, it’s too early to determine whether the whiplash reforms can be classed as successful or not and answering this question is unlikely to be clear cut even when more mature data is available. Credit Hire and Rehabilitation are due to be reviewed and explored as part two of the Government’s whiplash consultation process and without knowing how, or if, any reforms in these areas will have a knock-on effect to the overall experience of those utilising the OIC portal on both sides it’s difficult to determine what the process will look like in a further 12 months’ time and beyond.

What is evident however is that the early signs appear to be positive and the utilisation of the OIC portal is achieving one of the main reasons for introducing the reforms in the first place, that of allowing individuals to represent themselves throughout the claims process without the requirement of representation.

Latest data from the Association of British Insurers (ABI) also shows that the average price being paid by motorists for motor insurance in Q1 of 2022 fell by 5%, which is the lowest level recorded in nearly seven years.

Cautious optimism appears to be the best way to sum up the current situation and maybe in 12 months from now we will have a clearer picture of whether the reforms can truly be classed as successful or not.

Compensators / insurers have 30 working days to decide on liability and to have all evidence uploaded to the OIC portal if liability is disputed.

To ensure that an accurate and informed decision can be made regarding liability, compensators will need to receive relevant documents and evidence as early as possible. These may include:

Therefore, it’s important that customers and brokers have the necessary processes in place to notify their insurer as early as possible following an accident, and to be able to provide all the documents and evidence needed to make a prompt decision. Failure to upload the evidence required within the new timeframe, particularly if liability is disputed, is deemed an automatic admission of liability, so could potentially impact on claims costs.

Failure to comply to the 30 working days deadline will lead to an automatic admission of liability, so it is vital that the Motor Insurance Database (MID) is always kept as up to date as possible.

The MID is managed by the Motor Insurers’ Bureau on behalf of the insurance industry and is the central record of all insured vehicles in the UK. It is used by the police and the Driver and Vehicle Licensing Agency (DVLA) to enforce motor insurance laws.

Making sure that vehicles are added and removed to the MID in a timely manner helps the police to concentrate on vehicles that are uninsured and can save against fines and vehicles being seized. It also ensures that vehicle owners are only held liable for accidents and losses whilst a vehicle is in their possession.

All motor insurers follow strict rules for supplying data to the MID. For owners of private vehicles, updating the MID will normally be taken care of by the insurer, but if you have any concerns, it’s worth checking with your broker or insurer. For businesses, some insurers allow owners of vehicle fleets access to update the MID themselves. For example, at QBE we update the MID for our small fleet customers, and allow access for our large fleet customers, with support from our in-house MID Helpdesk team.

QBE - a name to trust in commercial motor insurance

With almost a century of insuring commercial vehicles, 50 years’ experience in insuring bus and coach fleets, and 30 years as the UK leader in minibus insurance, QBE is fully committed to the motor sector and proactively helping customers to manage risk and drive down claims. This approach has made QBE a name to trust in commercial motor insurance. 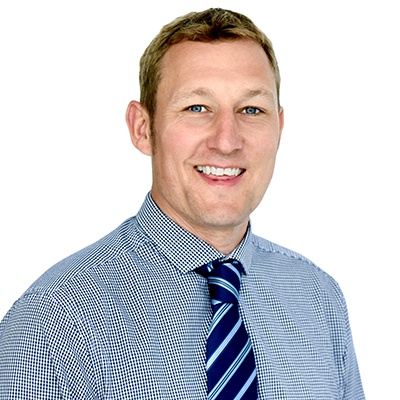