Martyn’s Law aims to ensure preparedness for and protection from terrorist attacks.

On 22 May 2017, a suicide bomber detonated a homemade shrapnel bomb as people were exiting the Manchester Arena after a concert by Ariana Grande. The explosion killed 22 concertgoers and parents waiting to collect their children, including 10 young people aged under 20, with the youngest being an eight-year-old girl. The public inquiry that followed reported that 1,017 people had sustained some form of injury – either physical or psychological.

Since the tragedy, a campaign for legislation to better protect the public from the risk of terrorist attacks has been led by Figen Murray, the mother of Martyn Hett, one of the bombing victims.

In January 2022, the Government published its response to the Protect Duty public consultation, which ran from February to July 2021. 2,755 responses were received from a variety of organisations, sectors and campaigners, with the majority supporting proposals to introduce stronger measures for protection from terrorist attacks.

The proposed Protect Duty legislation, known as Martyn’s Law, would apply to venues and places to which the public have access, with the aim of ensuring preparedness for and protection from terrorist attacks.

The campaign for the legislation took a step forward when it was one of the 38 proposed bills in the Queen’s Speech on 10 May this year, but before it becomes law, the proposal will need to go through a first and second reading in the House of Commons and then pass through the House of Lords.

The legislation would apply to owners and/or operators of publicly accessible locations – these being any place that members of the public have access, whether by payment or otherwise, as right or by virtue of express or implied permission.

Publicly accessible locations can include:

This list is by no means exhaustive, but it does demonstrate the diverse nature of publicly accessible locations.

Owners and/or operators of publicly accessible locations would have a legal duty to provide plans for public safety in response to a terror attack. For small venues, this may simply require an addition to their already mandated fire safety plan. For larger or more complex venues, it will most likely require a more holistic approach, including:

From a risk management perspective, it would be pertinent for ‘terror Incidents’ to be included on an organisation’s Risk Register and routinely reviewed to ensure that the organisation is meeting its regulatory requirements.

Organisations should also undertake regular risk assessment reviews and test their emergency plans frequently, ensuring that the required controls are effective. This will include controls such as:

All of this will need to be clearly documented, effectively communicated to relevant parties and tested regularly, with records maintained.

Following implementation, it is expected that Martyn’s Law could feature prominently in insurance tenders going forward from both liability and property perspectives.

Insurance policies can often have some element of terrorism cover included. The insured party and their broker should review their policy to ensure there is sufficient cover in the event of a terror incident. Risk surveys exploring how organisations are meeting requirements can help insurance underwriters to make more informed decisions.

Depending upon the size and complexity of the business needs, QBE customers can access a wide range of risk management services, self-assessment questionnaires and risk management toolkits which are focused on the key causes of claims, and on generating action plans for improved outcomes - including protecting employees, reducing risk and making claims less likely. You can find out more about how QBE helps businesses to manage risk here. 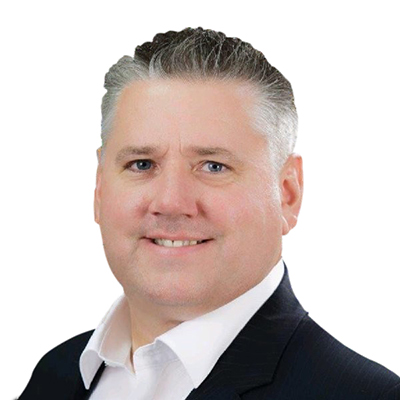