Research by QBE reveals that senior leaders are more concerned about their personal liability since before Covid-19, with 30% worrying that action taken and decisions they made during the pandemic could lead to claims being made against them.

The research, which surveyed 500 senior decision makers in the UK, also revealed that of those that have already had claims made against them in the past five years 72% of these claims occurred during the Covid-19 pandemic.

Thinking about the past 18 months, almost half (48%) of UK respondents feel their personal liability within their role has increased. This was found to be particularly relevant for those working for larger organisations, with 62% expressing liability concerns.

Geoff de Mallet Morgan, Head of Financial Lines for QBE International, said: “There are plenty of instances where senior leaders are making high-profile decisions in times of significant stress with access to incomplete information. It isn’t surprising therefore that those we surveyed are worried about claims as a result of actions they have taken since March 2020.  Particularly given that they have needed to adapt to an unprecedented work environment which opened up increasing risks around employee wellbeing and cyber security while simultaneously dealing with concerns around financial stability of the business.”

23% of respondents said that they felt like there was a greater emphasis on senior management’s accountability than in the past. Of those respondents who have recently had claims made against them, the most common reasons were related to technology and digitalisation (22%), financial (16%) and health and safety (15%).

7 in 10 expressed concerns that the pandemic had negatively impacted the risk profile of their organisations. 38% of overall respondents said the pandemic has increased their financial/economic risks, and the same proportion said it has increased concerns around employee health and safety when in the normal working environment (38%). 1 in 4 cited an increased cybersecurity or data breach risk as a significant external factor which was negatively impacting their corporate risk profile.

Respondents said that they were most concerned about experiencing a business issue as a result of action the company took during the pandemic (30%), followed by a cyber-attack/data breach (27%) and regulation changes (23%). This was closely followed by concerns around financial turmoil, health and safety, and competition and profitability – all with 22% of respondents highlighting these as potential issues.

Geoff continued: “Senior leaders are increasingly being held to account when a business issue arises and, as a result, there is a natural evolution where the decisions they made during the pandemic are subject to retrospective review and may well lead to claims. This also builds upon recent trends we have seen in social inflation where strong opinions on the performance and decision making of senior leaders manifest in them increasingly being held personally accountable for their actions.”

Senior leaders may not understand their D&O exposure

According to Geoff de Mallet Morgan, even though claims have been increasing in recent years – a trend that is likely to now accelerate – there is a danger that many senior leaders may find that they are not covered in the event of a claim.  One of the key considerations for individual executives in this area is the extent to which policy limits are shared between both individuals and corporate entities.  It is important to understand which losses, and payments, take precedent in the event of a claim or series of claims.

He said: “Whilst we see increasing executive engagement in the process, it is a concern that when the social pressure for accountability is higher than ever, some senior leaders may not be aware of this distinction.  If individuals are relying on the D&O policy for personal protection, then it can be well worth the investment of time to ensure the details of the insurance cover reflect the expectation of performance.”

According to the research, just over one third (35%) believe they are adequately covered in the event of the claim being made against them. 1 in 5 said they wished there were more structures in place to protect them.

D&O insurance covers such factors as the cost of defending legal proceedings and investigations identifying individuals, damages if the individual is found liable, civil fines and penalties and, in some situations, the entity itself.

The majority of senior leaders (64%) said their remit and responsibilities within their roles have increased in the past five years, with over one quarter (26%) saying these had increased significantly, with the most common reason being the increased use of technology and an ‘always on culture’.

Almost half (49%) said that they have felt under pressure over the past 18 months as a result of increased workload and responsibility and three quarters said this has had a negative impact on them personally, including feeling stressed (40%) and having trouble sleeping (23%). One quarter said they have worried about making mistakes as a result, while 10% said they had made mistakes because of their increased responsibilities.

Geoff continued: “Not only are senior leaders more likely to be held to account if something goes wrong, but the breadth and depth of their responsibilities is increasing.  This, can naturally place greater pressure and stress on these individuals and as our research shows, this can lead to mistakes, and the possibility of claims as a result.”

QBE European Operations is part of QBE Insurance Group, one of the world’s leading international insurers and reinsurers and Standard & Poor’s A+ rated. Listed on the Australian Securities Exchange, QBE’s gross written premium for the year ended 31 December 2020 was US$14.7 billion.

As a business insurance specialist, QBE European Operations offers a range of insurance products from the standard suite of property, casualty and motor to the specialist financial lines, marine and energy. All are tailored to the individual needs of our small, medium and large customer base.

We understand the crucial role that effective risk management plays in all organisations and work hard to understand our customers’ businesses so that we offer insurance solutions that meet their needs – from complex programmes to simpler e-trading solutions – and support them in minimising their risk exposures. Our expert risk management and rehabilitation practitioners focus on helping customers improve their risk management so that they may benefit from a reduction in claims frequency and costs. 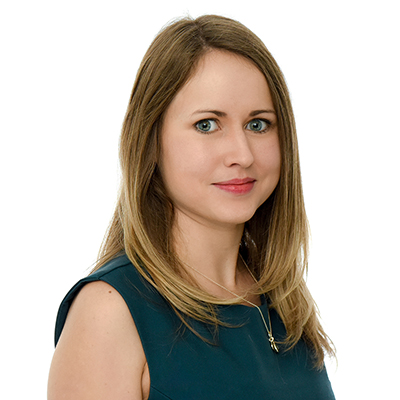