The Dreamvar Judgement [EWHC 3316] handed down in January this year, has been well publicised and explains the sorry tale of how purchasers were duped into paying out £1.1M to an imposter posing as the owner of a London property they would never come to own, and how the Judge arrived at the decision to find the purchaser’s Solicitors liable to cover the losses.

Permission to appeal has of course been granted, but since then a stream of new enquiries has been created as part of the conveyancing process as purchasers’ solicitors attempt to mitigate the extra risk that was unexpectedly apportioned to the buy-side of the transaction through this decision. Essentially this is because the purchaser’s solicitor holds their client’s money on trust and acts in breach of trust if those monies are paid away for anything other than a genuine completion. As a result we’re now seeing, in the conduct of conveyancing transactions, efforts on the part of purchaser’s solicitors to try and shift that risk (either as a whole or in part) to the seller’s solicitors via enquiries directed to the checks that have been carried out by the seller’s solicitors as to the identity of the seller and the connection of the seller to the property address.

Our previous article on the subject focussed on questions and approach for the purchaser’s solicitor. We turn our attention now to considerations for the seller’s solicitor.

It’s impossible to be prescriptive as to what is the appropriate response to purchaser enquiries, as that will often be dictated by particular features of the transaction in hand; such as whether there are any “red flags” (e.g. high value property; mortgage free; seller abroad); the circumstances of the client (e.g. known to the solicitor or not); the financial arrangements of the deal and current practice being adopted. As such, the solicitor acting for the seller needs to adopt a carefully considered approach to such requests. This is a matter for the individual judgment of the experienced conveyancing solicitor.

Faced with this type of enquiry and adopting a nuanced approach to the particular transaction in hand there’s set out below suggestions as to the response that the seller’s solicitor could give to requests as to client identity. Please note that these presuppose that all client identification and anti-money laundering procedures have been carried out and all relevant Law Society and SRA guidelines have been followed.

In any case the seller should always be advised that this specific request has been made by the purchaser’s solicitors and the basis on which it is proposed to respond. Any necessary waiver of confidentiality from the seller would need to be sought. If there’s to be a refusal to provide any response at all the seller will need to be warned that such a response could serve to increase the risk that the purchaser will withdraw from the transaction. It appears to be an accepted tenet that the seller’s solicitor should not give any undertaking or warranty as to their client’s ID being genuine. Further, when considering the appropriate approach to such requests it should be borne in mind that the judgment in Dreamvar specifically accepts that whilst an undertaking may be sought from the seller’s solicitor as to the issues raised, it was not considered unreasonable to fail to request one and considered likely that the seller’s solicitor would be unwilling to provide one.

Similarly there’s an acceptance that the purchaser’s solicitor may well be unwilling to review identity documents of the seller who was not their client. Again such an approach was not considered unreasonable. That said the comments in Dreamvar are necessarily retrospective – the judgment was delivered in December 2016 and relates to a transaction that took place in 2014. What is now current practice may well have changed since then. Further the judgment is the subject of a pending appeal listed for early 2018 the result of which may affect the conveyancing landscape yet further.

The key takeaway is that enquiries made by the purchaser’s solicitor as to the seller’s identity and connection to the property address have to be treated with considered care by the seller’s solicitor and with a recognition of what additional risk may be being taken on dependent on the reply.

Of course, if such a request is made by the purchaser’s solicitor it does provide the seller’s solicitor with a further opportunity to test whether the seller is indeed who they say they are. The response of a seller to such a request could be a crucial indicator of whether this transaction has any of the badges of fraud and wherever the risk lies it’s in the interests of the solicitors for both the purchaser and the seller to avoid a seller fraud. This reiterates our theme from the first article on this subject; that a more collaborative approach is necessary where there are red flags on the property. Should this require a change in conveyancing protocols then we would call on the authorities to address such issues without delay.

But put simply, a seller who withdraws from the sale indignant that enquiry of their identity or understanding / knowledge of the property has been made may well have something to hide.

Thank you to QBE Panel lawyers who contributed to this publication. 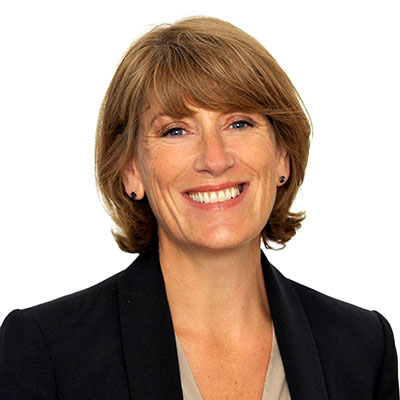